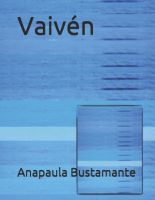 We thought we lived in the information era, the third industrial revolution, the time of science, a world in which knowledge was power. But we didn’t have a clue of what was really just brewing. The Middle Ages seemed so far away from now, the burning of books during the Second World War… We thought of ourselves as the fortunate ones that didn’t have to make it through those terribly difficult times of history. Yet, we were facing a pandemic, and the isolation that comes with it.

I remember when I first learned about greek mythology, I wondered if people truly believed in Zeus, as much I see people believing in God, I remember reading about Tláloc, the god of the rain, and about Krishna, among others. Of course, from all the possible gods of this world, the Greeks were the most human. Chronos devouring his children… Did people really believe that? Did people know the difference between history and fiction? Let’s ask the Roman Empire. For them, their history was created through a fiction, The Aeneid, just like when we wake up hungover and ask friends to let us know ‘what happened’, humanity has built its history through stories.

What did we think that was the current story back then? Science, technology, capitalism, a strong economic system that could fail anytime, but which seemed to devour every obstacle and grow stronger. Every possible sign of destruction served only to let the system find multiple ways of controlling people; surveillance, security, the death of privacy, misinformation, people turning against each other, everybody thinking they knew something. When we knew nothing at all.

We started noticing the problem of misinformation through the acknowledgement of ‘fake news’, information manipulation, and social media. But we didn’t know how far it would take us. I remember politicians in crisis, I remember: the news channels becoming everyday less reliable, people discussing without reasoning, canceling each other, avoiding to debate, not willing to dialogue, refusing to discuss, preferring not to open their mind. Even people who perceived themselves as the most open minded beings for ‘living and letting live’ and respecting everyone’s opinion on each matter, were just kicking others out of their lives or at least their social media. Block, report, erase – the ultimate solutions –.

We were expelled from society, ‘we’ as everyone, due to one or another ideology. How would we possibly be ignorant having this amount of information? That was not an option (according to us).We were not as naive as those who relied on Zeus or Tláloc, we even took The Bible as a great literary work at its best, as something you could believe as a choice, as a preference more than as an absolute truth. Just like The Odyssey… Are there people believing mermaids are real? Some, was Homer the writer of that book? Were there many writers using ‘Homer’ as a pseudonym? At least when we read it we understood it as a work of fiction… But then what about The Iliad and the Trojan war? And the Trojan horse? Was that part of history or is that one more fiction we decided to rely on?

What made the human race so desperate to have a past? Why didn’t we learn about our own history and were condemned to repeat something we weren’t even sure about? What were we repeating? The stories we were told? The stories we ‘learned’ or ‘read’? And then, in the privileged times, those who were really privileged knew what that meant; and that meant nothing but knowing we were manipulated, misinformed, and that we were part of a twisted game called ‘reality’. We had access to information, too much information indeed, but we didn’t know what was right and what was wrong.

Imagine people searching for a summary of a book, or information about historical events, and finding only the things their devices want them to know. Maybe a different version of a book, different dates or tales on how things happened in the past. Remember conspiracy theories? The potential reality of all those narratives… Then everything looked like fake information. Not a lot of people were aware of the ‘trap’ of being part of a distorted and individualistic construction of reality.

People stopped needing the physical things because the material reality was obsolete; newspapers, books, CDs, DVDs, all of that took too much space for the expensive little apartments we could afford. It was better to sell everything and pay rent, “anyway, those things will expire soon”, we thought. And we were right.

But ‘(barely) post-pandemic’, we found ourselves gathered for the first time in a gigantic space without being able to touch each other or hug, for the sake of our safety, and we wanted to talk about everything… And it was right there, when we talked, that we discovered we hadn’t been seeing the same movies, nor reading the same news or books. What did we have to prove to each other that our version was the real one?

Everybody took out their smartphone to show each other the content of it. But those devices were so smart, that they knew what each individual needed, so they had stopped showing us what was ‘happening’, and showed us instead what we ‘needed’ to see, for our own ‘well being’. – And now what? – Let’s look for the originals; the books, the films, the newspapers. – These are the originals. Everything is digital.

We didn’t see that coming. We were not only separated by rules, health measures, policies, social classes, intellectual interests. This world was every time more fictitious because we stopped being able to communicate. From one year to another, we lost the possibility of sharing experiences, of being exposed to the same content – not even circumstances –. That’s how each of us ended on its own, in this lucky, not difficult, progressive, scientific, technological era.